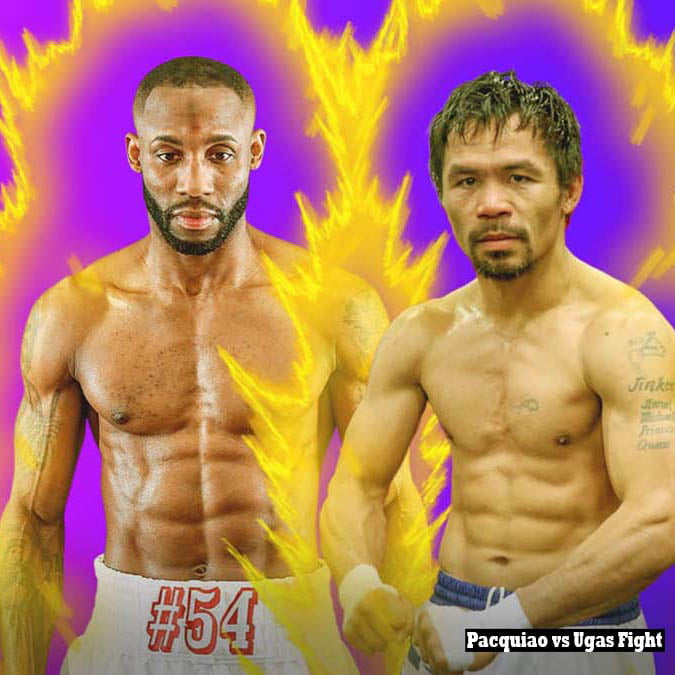 Ugas defeats Pacquaio: Manny Pacquiao returned to the ring for quite possibly the final time when he took on WBA welterweight titleholder Yordenis Ugas in Las Vegas on Saturday on FOX PPV. The former eight-division champion was originally slated to fight Errol Spence Jr., but the unified welterweight champion had to bow out with a torn retina in his left eye earlier this month.

The pay-per-view had three fights on the undercard before Pacquiao-Ugas took place at T-Mobile Arena.

Yordenis Ugas got a marquee win against Manny Pacquiao. Pacquiao may be 42, but Ugas made a name for himself by winning the main event of a pay-per-view fight against one of the biggest names in the sport. Ugas retained the WBA welterweight belt.

What now for the 35-year-old Cuban? Ugas may have earned a fight against Errol Spence Jr., who was originally slated to fight Pacquiao before having surgery for a detached retina. If Spence recovers quickly, that would make sense as the next fight for Ugas. Both are belt-holders in the welterweight division.

Manny Pacquiao is 42 years old and just lost a unanimous decision to Yordenis Ugas so the big question is will Pacquiao retire? In the post-fight interview, Pacquiao said a brief, “I don’t know. Let me rest first and relax and make a decision if I fight again.”

He also said he will make a final announcement next month on whether or not he will run for president of the Philippines. Pacquiao said he didn’t make enough adjustments and his legs were tight, which contributed to why he didn’t move as much.

Ugas said, through a translator, in the post-fight interview that he prays Pacquiao will fight again.