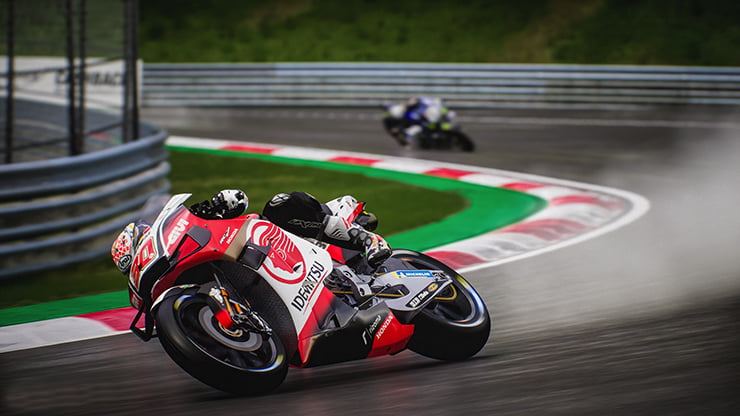 Race results from the San Marino MotoGP at Misano, round 14 of 18 in the 2021 world championship.

Francesco Bagnaia makes it back-to-back MotoGP wins after a tense finish to the 2021 San Marino MotoGP at Misano, while rookie Enea Bastianini claims a sensational debut podium from twelfth on the grid.

After fending-off Marc Marquez for victory a week earlier at Aragon, Bagnaia found himself being hounded by title leader Fabio Quartararo in the final laps of his home race.

The Yamaha star was just 0.2s behind the Ducati rider as the final lap began, but Bagnaia held his nerve to win at a track where he crashed out of a safe lead last season.

All of which means Quartararo, who began the race with a 53-point lead over Bagnaia, now takes a 48-point advantage into the remaining four rounds of the season.

After struggling to match the pace of the factory Ducatis early on, momentum had swung dramatically in Quartararo’s favour in the second half of the race.

Using the medium, rather than soft, rear tyre Quartararo overtook Bagnaia’s fading team-mate Jack Miller and cut Bagnaia’s lead from 3s to just over 1s with five laps to go.

After being passedby Quartararo, Miller had his hands full trying to stay ahead of charging rookie Bastianini. Riding the 2019-spec Avintia bike, Bastianini cut chunks out of Miller’s advantage and brilliantly moved into a podium place with 9 laps to go!

Suzuki team-mates Alex Rins and Joan Mir made slow but steady progress after another bad qualifying, Rins taking fifth from Marquez at the midway mark, only to crash not long after. Mir finished fifth, but was penalised one position for exceeding track limits on the last lap.

Taking over Morbidelli’s ex-Petronas Yamaha A-spec bike is triple MotoGP title runner-up Andrea Dovizioso, the former Ducati star also remaining at what will be a renamed RNF Racing team for 2022. Dovizioso was 21st and last of the finishers

A two-day official test will be held on Tuesday and Wednesday while the second Misano round, also the final home MotoGP appearance for local legend Rossi, will take place on October 22-24.