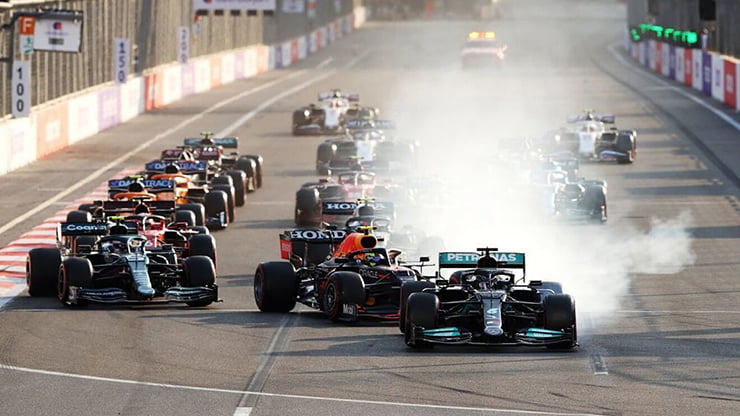 It’s time for the F1 Italian Grand Prix live stream, and for the second time this season (and the second time ever) that means we’ll be treated to the spectacle of the new Sprint qualifying format.

To recap, Sprint qualifying is a 30-minute blast around the track to determine the final grid position for the race proper. Points are awarded for positions 1-3 and there are no mandatory pit stops. It was trialled at the British Grand Prix earlier this year and was a moderate success.

As a result, this weekend’s action follows a different schedule to the usual format, with practice 1 and standard qualifying yesterday, followed by practice 2 earlier today (Saturday) and the Sprint race due to take place soon.

Format aside, there’s plenty to look forward to this weekend. Max Verstappen is back on top of the Driver’s standings after winning the Belgian Grand Prix in farcical circumstances, then his home Dutch Grand Prix with a dominant performance. Mercedes, and Lewis Hamilton, are back in catch-up mode, but there are only 3 points between them at the top of the table and plenty of races still to go.

Or rather, there should be plenty of races left; Covid-19 claimed another victim recently, with the Japanese GP cancelled, and there are still doubts over some of the other 8 GPs currently scheduled.

The other big news is that Valtteri Bottas will not be alongside Hamilton at Mercedes next season, with Williams’ young flyer George Russell replacing him in 2022. Bottas will instead move to Alfa Romeo to replace the retiring Kimi Räikkönen.

Clearly, the move has reenergized Bottas, because he was fastest in yesterday’s qualifying, ahead of Hamilton and Verstappen. That means he’ll start at the front for today’s Sprint race, but unfortunately for the Finn an engine change means he’ll have to sit at the back of the grid for the main race tomorrow. Mercedes have publicly stated that as a result, they may ask him to move over so that Hamilton can pick up an extra point in the Sprint, if the race pans out that way.

We’ll find out what happens at Italy’s famous Monza circuit very soon — and the good news is that you can watch all the action online via an F1 Italian Grand Prix live stream Read on to find out how to do just that.

Most countries have an F1 live stream on one channel or another, but many of them require a subscription. However, if you’re lucky enough to live in Austria then you can watch the F1 Italian Grand Prix live stream for free.

That’s because the race will be shown on free-to-air television on Red Bull’s own Servus TV.

If you’re based in Austria but aren’t at home for the Italian Grand Prix, don’t worry — you can watch it via a VPN instead. We’ll show you how to do that below.

It’s natural that you might want to watch the F1 Italian Grand Prix live stream from your home country, but what if you’re not there when the race is on?

Look no further than a VPN, or virtual private network. A VPN makes it look as if you’re surfing the web from your home country, rather than the one you’re in. That means you can access the streaming services you already pay for, from anywhere on Earth. Or anywhere that has an internet connection, at least.

For instance, a Brit who’s currently in the U.S. could watch the F1 Italian Grand Prix live stream on Sky Sports, even though they’re not in the U.K.