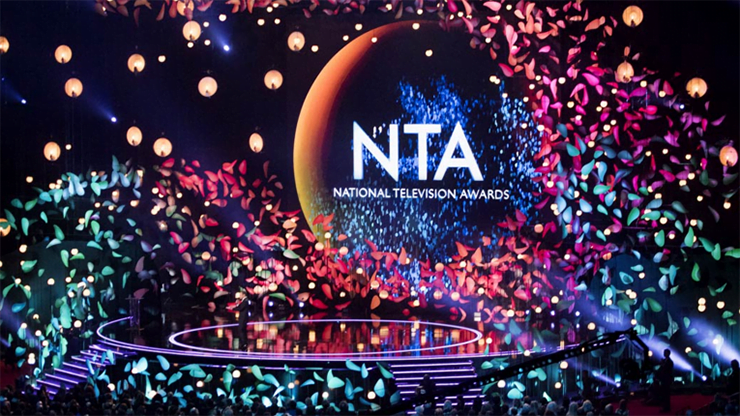 How to vote for NTA 2021::Big household names are going to head to head in this year’s awards – but you’d better be quick to cast your votes
It’s been delayed twice this year due to Covid-19 restrictions, but on Thursday night, the best of the British small screen will gather for the National Television Awards.

It is the only TV awards show that is voted for entirely by the public, but you’d better be quick as all votes must be in by midday today!

So how can you vote for your favourite presenter, soap opera or reality TV show? Here’s what we know.
How can I vote?
There are two ways to cast your votes for this year’s awards.

You can head to the NTAs website – www.nationaltvawards.com – and vote from the shortlist of nominees.

Alternatively, you can vote by phone by calling 0905 647 2021. Worth nothing that calls cost 25p per minute, plus your network access charge and should last no longer than seven minutes.
Is there a deadline for casting my votes?
Yes. Votes must be in by noon on Thursday 9 September 2021.

All new votes cast during this round will be added to those cast in the first round, and the results will be revealed live on the night.

When are the awards on?
The ceremony, which will be hosted for the first time by Joel Dommett, is broadcast live on Thursday ITV on 9 September 2021 from 7.30pm.

It will also be available to watch through the broadcaster’s streaming service ITV Hub.

Who are the nominees?
Authored Documentary

Five celebrities who told of their personal struggles are hoping to get their hands on the inaugural Authored Documentary award.

Those battling it out include Kate Garraway: Finding Derek, Katie Price: Harvey and Me, Rob Burrow: My Year with MND, Roman Kemp: Our Silent Emergency.

Also featured will be Marcus Rashford: Feeding Britain’s Children. It tells the story of how the Manchester United footballer got involved in the campaign for free school meals last year.

There will also be four shows competing in the New Drama series.

Des told the story of narcissist serial killer Dennis Nilsen who killed a string of vulnerable young men in the 80s in London.

Normal People is the story of Marianne and Connell, who are from different backgrounds and live in the same small town in Ireland.

Tear-jerking drama It’s a Sin told the story of a group of pals whose lives are turned upside down by the HIV pandemic.
Talent Show

The Returning Drama category looks like it could be won by BBC series Line of Duty.

Making a bid to topple the juggernaut will be Unforgotten, which saw detectives try and solve historical murders.

Call the Midwife is also in the running as well as the fourth series of The Crown, which focused on Prince Charles’ and Princess Diana’s tumultuous relationship.

Ant and Dec are aiming to collect their 20th TV Presenter award.

They are up against Piers Morgan and This Morning’s Holly Willoughby as well as Bradley Walsh and first-time nominee Alison Hammond.

Line of Duty actors Adrian Dunbar, Martin Compston and Vicky McClure are all gunning for an award in Drama Performance.

Competing against them will be It’s a Sin‘s breakout star Olly Alexander and David Tennant, who played serial killer Dennis Nilsen in Des.

Fighting out to win the award will be Ant and Dec’s Saturday Night Takeaway which had its virtual wall.

Also featured is I’m a Celebrity… Get Me Out of Here! which was filmed in Wales instead of its normal filming location in Australia.

Taskmaster proved a big hit with viewers on Channel 4 and The Graham Norton Show continued to bring us guests from the celebrity A-list.

Gogglebox will take on Gordon, Gino and Fred: American Road Trip and previous winner Paul O’Grady: For the Love of Dogs in the Factual category

Coronation Street, Emmerdale, Eastenders and Hollyoaks are going head-to-head in the Serial Drama category after having to adapt and re-enter production following lockdown.

Coronation Street‘s Mollie Gallagher and Sally Carman, who featured in the soap’s hate-crime storyline, are both nominated in Serial Drama Performance.

Their competition comes from Danny Dyer, who tackled historical sexual abuse on EastEnders.

Michael McIntyre’s The Wheel features in the new Quiz Game Show category and goes up against Beat the Chaser and Stephen Mulhern’s series Celebrity Catchphrase and In for a Penny.

The Newcomer category will celebrate the debut soap performers including 10-year-old Jude Riordan, who played Sam Blakeman in Coronation Street.

Emile John is also in the running as Emmerdale’s new lawyer Ethan Anderson, and is up against Olivia D’Lima’s paramedic Fenisha on Casualty, Rose Ayling-Ellis as Frankie Lewis on EastEnders and Rhiannon Clements as Summer Ranger in Hollyoaks.

The Repair Shop could be a likely candidate to win the Daytime category after entertaining the nation with feel-good moments in lockdown.

It will be up against Loose Women, This Morning and The Chase.

Summer dating show Love Island will face off against the gruelling Celebrity SAS: Who Dares Wins, which saw stars being put through their paces in military challenges. Also competing in the category will be the Great British Sewing Bee and The Great British Bake Off.

Comedy award
Dawn French returned with The Vicar of Dibley in lockdown, and Ricky Gervais gave us After Life.