HAVEN, Wisc. — It took a while for us to get here, but the pairings are finally set for the first session of the 43rd Ryder Cup on Friday. The most anticipated golf event every other year is particularly so this time around after golfers and fans had to wait an extra year to participate amid the COVID-19 pandemic.

With foursomes and four-ball on Friday and Saturday followed by singles on Sunday, there’s going to be incredible action across all three days at Whistling Straits as golf’s best perform on an international stage.

The format for Friday morning is alternate-shot foursomes, and there are few surprises in who’s playing together, specifically on the American side. The U.S. will bookend the session with its anchor pairings of Justin Thomas-Jordan Spieth and Patrick Cantlay-Xander Schauffele on Friday morning, and it would not be surprising to see all four play five matches this week.

Here’s a look at the four early matchups. Afternoon pairings for foursomes will be made after the morning session is complete. All times Eastern

That first match is titanic. The U.S. is sending out its team leaders, and Europe is countering with its all-time Ryder Cup points earner as well as the No. 1 player in the world. That result will reverberate all day. Match No. 2 is low-key excellent as well. D.J. and Morikawa should fit together quite well, while Hovland and Casey have quietly been playing some of the best golf on the European side all year.

Match No. 3 heavily favors the U.S. Westwood has been playing poorly, and combined with Fitzpatrick, they don’t have the firepower to roll with Berger and Koepka. The final match should be another good one, but the early lean is the U.S. there as well. Cantlay is coming off a FedEx Cup win, and Poulter has not been strong from tee to green of late. Of course, he could summon some of his fairy dust, and McIlroy could do most of the heavy lifting as they square off against two Ryder Cup rookies in the finale on Friday morning.

Pairings for the afternoon four-ball matches — in which all four golfers play their own ball and the best score on a hole from either player on a given team is used — will be released as the morning matches are ending. The afternoon session will begin between 1-2 p.m.

The Ryder Cup starts Sept. 24, and team–issued gear is now available. Get jackets, polos, hats, hoodies, and much more to support your team. Shop here. 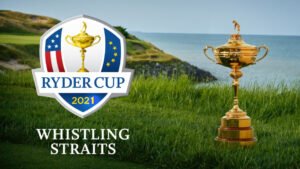 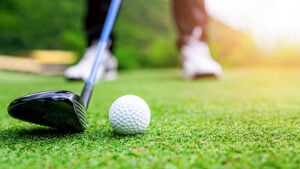