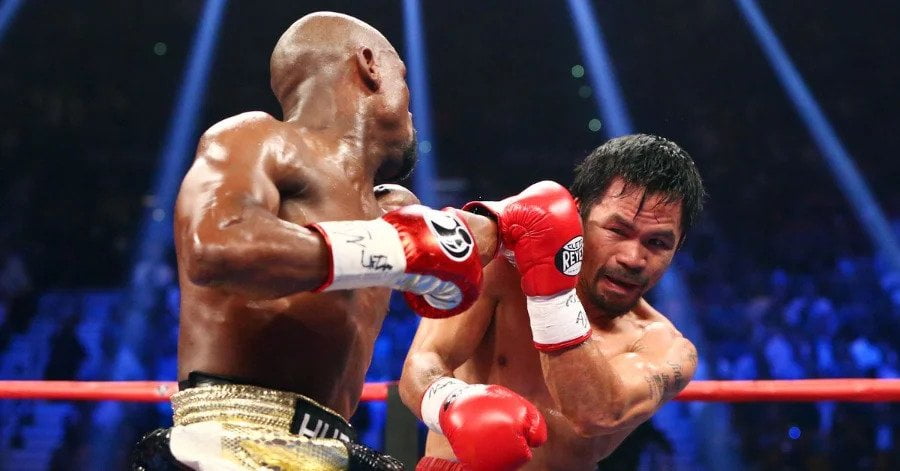 The boxing world saw a sizable upset on Saturday night as Yordenis Ugas defeated Manny Pacquiao via unanimous decision in Las Vegas. Ugas retained his WBA Super welterweight championship with scores of 115-113, 116-112, and 116-112 on the three judges’ scorecards.

Although one scorecard was a notch closer than the other two, there was no surprise by the judges’ decision. It was a betting upset with Pacquiao a -380 favorite when he entered the ring, but by the end of 12 rounds, Ugas had clearly won the fight.

Ugas is in the driver’s seat following his win. He’ll likely get a chance to face WBC and IBF champ Errol Spence, Jr. when his eye injury heals, but in the meantime he could also face WBO titleholder Terence Crawford to unify two of the belts.

The bigger question for a lot of fight fans is what’s next for Pacquiao. The eight-division champ had not fought in two years, and after the fight he said his legs were tight and it was hard for him to move. More notably is that when asked if he would fight again, he said, “I don’t know. Let me rest first and relax and make a decision if I’ll continue to fight or not.”

Pacquiao is currently a Senator in the Philippines and in 2018 he became eligible to run for President in 2022 — the Philippines requires candidates to be at least 40 by the day of the election. He has said he will consider running for higher office, but he said after the fight that he wasn’t sure at this point.

Regardless of his political decision, he did not look like the fighter he was in his prime — or even in recent years when he was not at his peak but could still handily win fights. Ugas would seem to move ahead of Pacquiao for taking further control of the welterweight division, leaving Pacquiao with a decision to make.